Doris Anne Beaulieu has not received any gifts yet

Give Doris Anne Beaulieu a Gift

About Me
My personal site Life’s Ultimate Test and profile has received the attention of the Presidential 2008 Obama campaign for striving to bring about change in an area of education that has been overlooked and left on the back burner. The result was accepting the honor of being an Ambassador of the state of Maine for the 2007-2008 Presidential Obama campaign yearbook. In the year 2000 I was honored for my unselfish attitude as a self appointed community advocate. For my dedication and inspirational work, Adelphia Communications and Romance classics, a network from the American Movie Channel, had selected me to receive the “Cool Women of America Award” Only two were chosen from Maine, and I was one. I have volunteered in three different school doing craft projects with the students on all holidays. Done special projects, along with sewing customs for plays. Volunteered in the head start program. Been a member of the parent-teacher group, doing many fund raisers for classroom needs , and school playground equipment. I have also served as vice president of both the People’s Action Committee and the Maine Association of Independent Neighborhoods, which deals with low income issues. Held office as Treasurer for Task force on Human needs, as well as second vice president of the American Legion Auxiliary. I was certified by Pine Tree Legal as a community advocate. Volunteered helping the elderly, and handicapped along with anyone in need of help that has crossed my path as I go through life. Started a group for young children in the community called “Tiny Tots” doing fund raisers for t-shirts, parties and a float for the parade to enrich the lives of young children. I also hold many certificates in different fields. I went on to publish books:

My books and screenplays: 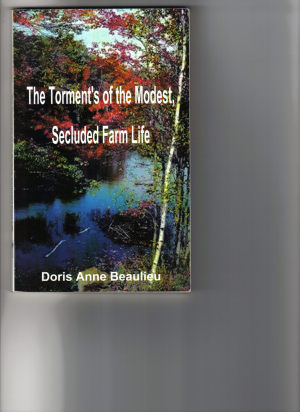 NATIVE OF MAINE WRITES OF OLD-TIME FARM LIFE SMITHFIELD, MAINE-MAINE author Doris Anne Beaulieu says her book, titled The Torment’s of the Modest, Secluded Farm Life,” ISBN: 1-58721-806-2 will bring you heartwarming laughter and tears to your eyes. Hopefully, you will gain a better and closer understanding of old country folks.” It is “filled with down-home stories and humor for a true picture of how life in the country with only your eight siblings for playmates.” She describes the work as ” an old time book from a girl in the back woods of Maine, who had a Guardian Angel to protect her and teach her about the REAL WORLD.” She explains, “The book is the true story of a young girl living a very modest, secluded country life in the 1950’s, in the state of Maine. She starts by explaining how country folks live life year after year…Then she takes you though the hard young working years. And then how she was tormented mentally in all directions as she enters the real world. She just couldn’t believe or understand the world and its language being raised as she was in the county going to a Catholic school.” She notes, “As more parents are choosing to home tutor their children for good reasons, I found myself compelled to write my true story to help parents understand the long lasting effects of a modest, sheltered upbringing before making the final decision…I only wish for parents to see how a child may be affected and how these issues also need to be addressed.” The book has also been put into screenplay format for producers. Easy & Inexpensive Holiday Classroom Crafts For Teachers: ISBN: 0-75960-681-1 Doris Anne Beaulieu 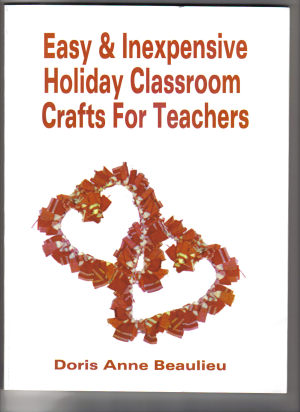 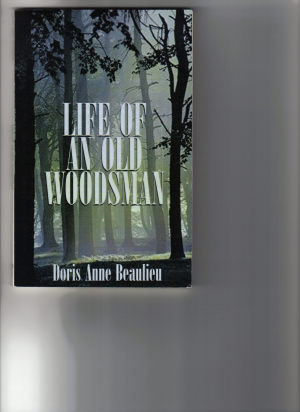 The Adventurous Travels of a Young Girl from Maine to Georgia: ISBN: 1-58820-253-4 Sharon Marie Beaulieu 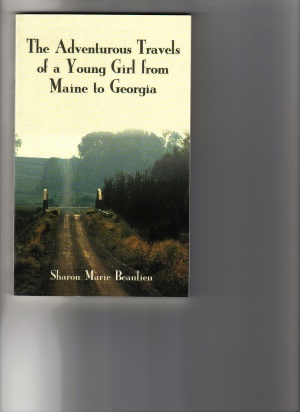 My screenplays: Now Available to movie producers: ” THE TORMENT’S OF THE MODEST, SECLUDED FARM LIFE “ Was picked up by, Filmmakers Collectives who found a screenplay writer ” James LaBudde ” who adapted the book into a screenplay format and we are now looking for a producer to produce the screenplay. New title for screenplay is “BROKEN SOULS” However, the story and characters in the film are the type that many other women and families can connect with and feel a bond with. The screenplay addresses some very real issues that we are seeing on the television news everyday. Topics such as child abuse, parental anxiety, religion, education and even the normal fears felt by two young people in love. ” INTERNET FRIENDSHIP TO THE EXTREME “ James is upset by the fact that his stay-at-home wife, raising the children, is on the computer all day in chatrooms. Lynn is living life on the edge whenever James comes home and can not seem to do anything right in her husbands eyes. Wanting to see who she is talking to and meeting while he is at work, he decided they will attend the local chatroom night out a local bar. Lynn is so frightened, not even knowing what to wear. She wonders what will trigger James anger and who she will meet that she has been talking too. James who is a lobster man finds many new faces at the dock, and his brother who fishes with him brushes it off as people needing work. As they set off laughing at how some have presented themselves looking for a job, the boat……. Hilarious Halloween Special “Wishing Witch” Jenny is a girl who is always wishing for more then she has and talks in riddles. A Halloween day at school finds Jenny getting her classmates in a heap of trouble with the teacher. Jenny’s riddles take a life of there own, as her classmates accuse her of being a Witch in a princess costume. Jenny realizes she is a witch when she must wish herself out of danger while out trick-or-treating. Christmas Special. ” THE BOY ELF “ This story is about a poor young boy who is the school bully, and refused to believe in Santa. After a trip with Santa to the north pole “Joseph” learns his lesson, and believes Santa exists with pride of becoming Santas helper. His return home is filled with restored faith,and he begins his work with providing Christmas to his friends.This could work out good as an animation. ” ERROR of the Governor “ A story of a woman (Sarah) who becomes the Governor of her state. During her time running for office, she has a late night encounter with her public relations man. The threat of a scandal becomes a tragedy that is covered up by Sarah fiance when she finds herself pregnant. A true political perfect picture image for the sake of Sarah career, love, and an unborn child. ” School Beat “ A mother’s cry to the local school board brings along changes in a High School. A great story to help uncover danger area’s in a school, while learning stories of peer pressure and bullying. This story tells how a community joins together fighting for better safety after an epileptic boy is found unconscious. We all need to learn better awareness on this subject.

How to make a Christmas Wreath

Broken Souls is a screenplay that was adapted from the book of my true life story entitled, ” The Torment’s of the Modest, Secluded Farm Life”. I attended private school and was constantly under pressure from my strict parents who believed that being “sheltered” from the world was the only way to live a pure and healthy life. I was repressed in everything that I did as I grew up in that environment. I was never exposed to any of the realities that most children of today can see by just turning o… Continue

Hello, My name is Doris Anne Beaulieu and I’d like to this time to talk to mail order companies and parents. To parents I have a wonderful craft book for your child to give his or her teacher at the end of the school year. My Easy and Inexpensive Holiday Classroom Crafts for Teachers book is truly a gift that will forever keep giving from year to year, holiday after holiday. It’s a craft book for developing creative minds. This book will tell you what items you will need for each craft along wit… Continue

You need to be a member of AdGabber to add comments!

At 1:10pm on December 19, 2008, Leonard Wolf said…
Happy Holidays – this can bring you a smile…. We have a new kid’s project that I’d love you to check out – ultimately we plan to do a tv show, books and a movie! the Skallywaggle Tails on YouTube (use higher quality button at lower right of video please but it can cause some waiting): http://www.youtube.com/watch?v=2D_fFvJ5xs4 The website: http://www.skallywaggletails.com Any traffic you can drive to us will be greatly appreciated so please spread the word – Hope the season and the New Year bring you all the best.

At 7:53am on September 15, 2008, Direct Matches said…
Good morning Doris how are you doing on this beautiful Monday Morning? Well I’m ok here on Miami beach at the news cafe patio having herbal green tea with wheat toast and Oj and watching the sun rise on this beautiful day and emailing some of my on line friends.I hope you have a beautiful week. imikimi – Customize Your World