This is really, really cool…

17 Sensations That Could Be Holding You Back

By Minh Pham Author, Speaker, Mentor www.YourGenieinaBottle.com Can you imagine yourself standing in front of a room full of Piranhas (your negative family members, friends, co-workers and your biggest adversaries) ready to attack your every word? Would this be a feeling you w… Continue

Can you believe this was pulled for being too controversial! Love.The Cool Continue

TRIPLE C PRODUCTIONS IS CURRENTLY CASTING FOR A NEW COMEDY MOVIE. DANCERS, ACTORS, SINGERS AND MODELS ARE WELCOME TO CALL FOR A AUDITION AT 424-222-1909. WE ARE HOLDING AUDITIONS DOWNTOWN LOS ANGELES. NOW IS YOUR TIME TO SHINE! Continue

India-designers.net is a complete web solution company providing the best web designing, development, SEO and lots more services. Our result oriented services are completely based on modern internet trends and customers’ psyches. In addition, we provide the best services to everyone regardless one’s business size, status and budget. … Continue 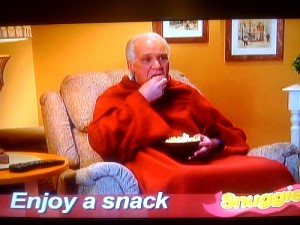 Wake up marketers! It’s a world where the inmates run the asylum and you’d better learn how they do it! For decades now, marketers and brands have enjoyed the power to craft their messages and dictate how consumers should view their products. One need only to do a quick Google search for,… Continue

As you may have seen this weekend on Techcrunch, or Read Write Web, Twitter is preparing to raise another round of capital, probably at least $20M. Based on the funding, its valuation is now $250M. Not too shabby in a weak

Do not attempt unless you are smoking some great stuff.

Step away from the edge…

In this video podcast Frankie Goes to Hollywood, Mike and the Mechanics, Natalie Cole and Roxette; presented by Ally Fox, our new format music show, produced in association with Rokpool, rummages around in the archives and brings vintage rock and pop videos, live gigs and promo chart toppers from the 80s and 90s to your iPod… and maybe more too depending on what we find in the dark recesses of the music attic… To enjoy the full 20 minute video podcast on your Mac, PC, video iPod, iPodTouch,… Continue

The Boresha International business model offers individuals the opportunity to build a successful business of their own by simply making a referral to people, much like is done everyday. The Boresha compensation plan also allows you to build a team of people who also acquire customers, and in turn build your residual income. While making referrals is something we as human beings do every da… Continue 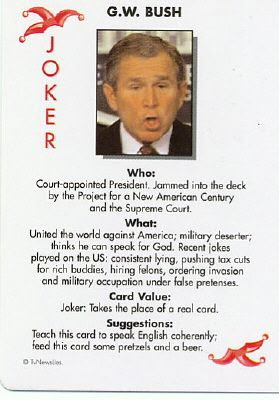 This little bit of marketing created by Saatchi & Saatchi happened yesterday at Liverpool station. See reactions from some of those who witnessed the event here. Also some consumer captured footage here. Sure, some of you may say that it is similar to this video and… Continue

Last December, Peru hosted FemTv and SapoTv Awards. These awards prize the best and the worse spots aimed at women by FemTV- a group of associations in favour of women rights. The Winner of FemTV 2008 was Visa. The Winner of SapoTV 2008 was Saga Falabella. More info: http://www.adwomen.org Continue

The Power Poole is looking for experienced business development partners with sales and marketing backgrounds who are visionary leaders already versed in the social networking world and at building relationships with customers and vendors.

2009: European Year of Creativiy and Innovation

“Imagine. Create. Innovate.” This is the slogan which European Union has chosen to promote this New Year: the European Year of Creativity and Innovation. (more info: http://www.adwomen.org) Continue

It’s taken a very long time to bring this show together, not that it’s technically difficult, but because of the relationships and contracts with the record labels… … however, in association with Rokpool, we’ll be launching this show series next week… here are some stills, just to whet your appetite… … our senior editor Ian has done a fantastic job.. we “green screened” the lovely Ally Fox in our studio on the only working day I managed over the Christmas break…… Continue