Environment LOVE for art gets big on Twitter!What’s the link between Danube Delta and street art? … Continue

There may not be an industry quite as American as the automobile industry. Last year, when the industry was on the verge of collapse, many people thought we had to do something so save it. However, Clifton Lambreth was already doing something.
… Continue

Beauty and Fashion Photography Recent Editorials by Jorge Parra: Health through the eyes of Beauty

Websites Are Like NASCAR I wrote a series of posts back in 2007 well before this site had a blog. I had a page that I used like a blog and I updated it on a regular basis. The problem was that my visitors could not make any comments. This was one in a series of posts where I compared websites to different things to make a point. I compared them to a high maintenance girlfriend. That one was later edited by Geri. I have compared them to apple pie… Continue

Hi everyone. The webTV series Life On Line has become ‘Reputation Online’, an audio podcast about how individuals and organisations can develop and protect their reputation on the internet. We talk to business leaders, journalists and technologists about the growing importance of social media and the challenges it presents to communicators.

How to boost the Conversion Rate of Your Website

Conversion rate is the most imperative web metric in a profitable website. Conversions lead to sales, and sales leads to profits; this is why a good conversion rate is essential for long term business success. Yet this important web metric is often the hardest to figure out. SEO companies often ignore it, and leave it to

How To Blog With Style

There Are Only Sheep And Eagles.

Article of mine that was published June 23, 2009There Are Only Sheep And Eagles.By Lorre White, CEO of White Light Consulting an international luxury marketing consulting company.… “text_exposed”);”>See MoreSheep and Eagles (95%/5% rule)The world is made up of two kinds of people, sheep and eagles. The two can co-exist, as neither is a… Continue

Book Review for Parents, Teens & Tweens | The C.H.A.M.P. Within

Hello! This is Lea Charlton. I am posting this message because the information is dear to me and will help other parents at this network.THIS IS NOT A BUSINESS OR INTERNET MARKETING. I consider it important “parenting information” – if not for you – then someone in your circle of family and friends (at your child’s school, church or local non-profit). An associate of mine, Traci Campbell, has be

Think about it, maybe innocently you are preparing yourself to be an expert on… whatever you are investing your time.So, stop the world a little bit and then choose; what do you want to be an expert at?Jane gave an awesome conference where she explains why gamers can help to make this world a better place and reach what she calls “epic game” for real.Then, i just start thinking about what would happen if some Human Resources area starts using games as a tool… Continue

As usual we’ll see tousands of new models of mobile devices coming up and fighting for being in the list of favourites in the market, however tendencies are clear so we’ll not just watching, listening and touching screeens of a beautiful devices, we’ll be experiencing contents: news, products and services.Out there we can find companies developing this new “touchable – experiences” but i still loving the vision of Wired and their work behind the… Continue

Parallel Action – How you move

Think about what happens when you work in a linear fashion – you wait right? Most process models are designed so that “B” can’t start until “A” is finished. This makes getting from A to Z time consuming, not to mention – it leaves no room for exploration, experimentation and failure. Wait, failure? Yes. Failures in a process are necessary for evolving an idea and even starting over if needed. “Parallel action” allows for these steps to occur and is the difference between work that is good or wor… Continue

My Google Coupon is active effective immediately: I will charge you more than anyone.

After giving good thought about my services, I found out I want out of the race to the bottom.
I don’t want to compete on low
… Continue

The Digital Conglomerate Magazine would like to take time out to welcome our newest staff members and executive officers Ms. Chrystalyn Paulin and Ms. Janet Dawson.Feel free to take a look at their biographical information below and send them a welcome message as well. 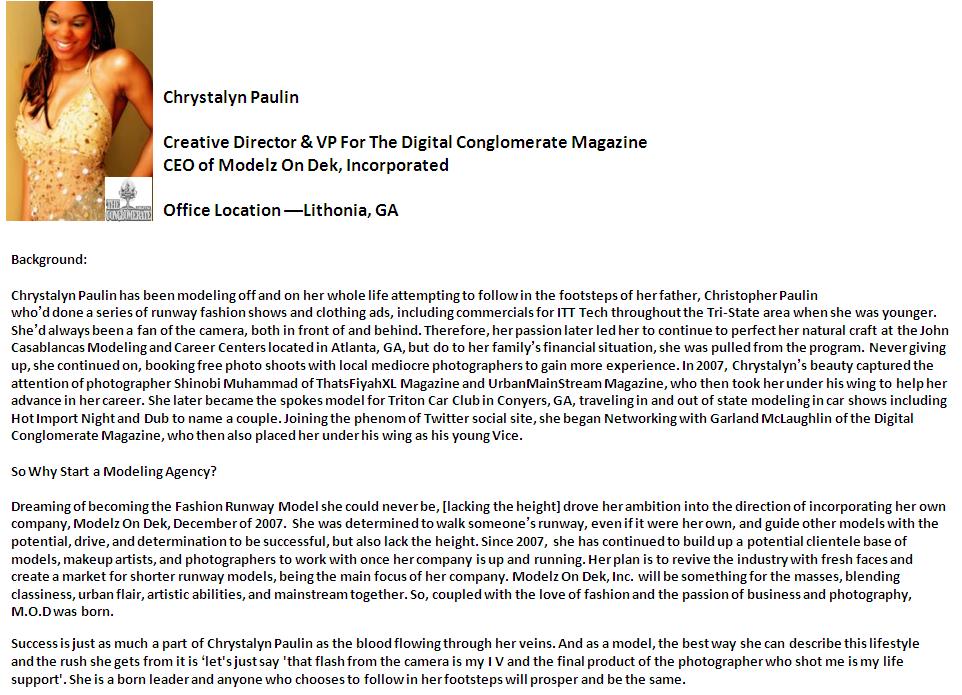 YOU GOT WHAT IT TAKES THEN BE APART OF A GREAT DJ FAMILY UNIVERSAL STORM.COM 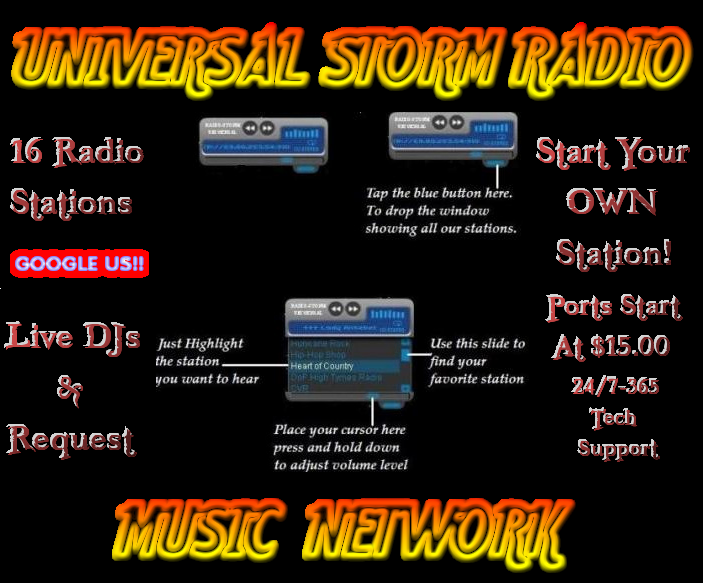