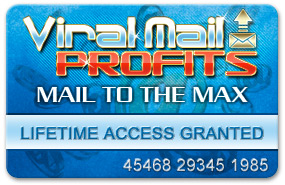 LISTEN to it HERE

Financial and investor relations PR practitioners have to content with an elaborate set of regulations governing what one can and cannot say or do. How do they handle all the challenges of their practice in the complicated, fast-moving online environment?

COPYRIGHT OUT OF PLACE

Copyright laws started before the digital era, now they are facing problems when internet represents a challenge and those old laws…still old. Continue

Missing the Forest: The Secret of New Business

We’ve found that most presidents of firms in the marketing communications industry don’t really understand new business. And they don’t like it. They sidestep this problem by spending their time working in the firm as some type of technical expert. And they delegate the new business function to others who may not understand it either.

But for the most part, all agency presidents love the chase, the thrill of being in the hunt, late nights and

Romania wants to fly into space. on ARCA Continue

The new media – a journalist’s perspective

Since there was a thing called “Media”, we’ve associated it with newspaper headlines, radio broadcasts and TV News. But the advent of social media, the bloggersphere and social networks has prompted us to rethink what we mean by “Mass Media”. Anyone who can write a blog or put up a podcast might be considered to be in the media business in a very real sense, beca

Broken Souls is a screenplay that was adapted from the book of my true life story entitled, ” The Torment’s of the Modest, Secluded Farm Life”. I attended private school and was constantly under pressure from my strict parents who believed that being “sheltered” from the world was the only way to live a pure and healthy life. I was repressed in everything that I did as I grew up in that environment. I was never exposed to any of the realities that most children of today can see by just turning o… Continue

A Business Park in a Virtual World

‘Reputation Online’ is an audio podcast about how individuals and organisations can develop and protect their reputation on the internet.

Check out Ted Apostoleris crunchbase profile. Crunchbase is a web 2.0 site that allows professionals to create profiles, similar to Linked In. Continue

Search engines always read text, crawl and index the website. They do not give significance to images, flash content or symbols. Therefore, you require writing the most pertinent text for your website and decorating the content with the right keywords in order to improve your page ranking in various search engine results pages.

Bullie Pups R Us shares How To Beat the Growing World of Online Scammers.

This is not a marketing promotion! Bullie Pups R Us along with other small businesses are honest customers of Trust Guard and trying to stop the scrupulous world of scammers ruining our business!
Over the past 5 years scammers have hurt the legitimate small businesses just as much as the failing economy. Up until recently, we, the legitimate businesses had no defense against being put into the same category of suspicion from buyers. Now we can due to the genius i
… Continue

5 Offline Marketing Methods to Drive Traffic to Your Site

Even if your business is web based, you still use offline marketing techniques to drive traffic to your site can increase your sales.

Here are some offline marketing techniques to drive traffic to your site can use.

1. Classified Ads: Niche Place a classified ad magazines. Google ads like this one treatment and use some nice words. Keep an attractive hadline and a call to action and visit their site for more information.

2. Flyer: It’s very simple and you can start implem

Are gas prices getting you down? Are you worried you won’t be able to drive like you use to do ? If you are anything like me I drive a SUV and I was worried about gas prices.. but not anymore.. As I see it we all have one expense in common, no matter who we are or what shape the economy is in – The cost of Transportation.… Continue

Ted Apostoleris’ blog is at http://tedapostoleris.blogspot.com. The internet was supposedly created by Al Gore. Actually, that was just a misunderstanding based on Al Gore stating that he created the internet, and what he was speaking of, is that he was involved in a bill in Congress, or a government agency, that would support the internets growth. His words were taken out of context and he was accused of claiming to have invented the internet. Continue

Search engine optimization has long been popular word and now many business organizations and companies have gained popularity under its glory and gain. Another effective technique which is very popular Social Media Optimization or called SMO.