FADE IN Smoke-filled Madison Avenue boardroom, circa 1951… Ad Man#1: “Ok, what do we have for options for mascot for our client’s new sugar flaked cereal?” Ad Man #2: “We have Katy the Kangaroo, Elmo the Elephant, Newt the Gnu and Tony the Tiger. Ad Man #1: “That’s it? Christ. They suck. None of these will ever work. How bout something like Frosty the Frog?” Believe it or not a conversation very similar to that probably occurred. And, believe it or not, those were the actual choices for ma… Continue

A second life for Mayor Koch

Help the commonly unemployed find their identity by understanding yours. We are searching for answers and advice, filling in blanks for young creatives, and exploring the future of advertising in the process. Give us a shout at [email protected] if you would like to contribute. check out our new… Continue

The world’s first and only generic brand

Manufacturers began identifying products by placing a mark on the package in the 19th century when production of household goods moved to factories. Several sources cite soap as among the first goods to be so named. Appropriately, soap continues to be among the most broadly and diversely branded products. Ironically, the notorious entertainment brand it spawned, the soap opera, is not about coming clean, nor is it a musical. The word brand comes from the Middle English pronunciation of the word… Continue

Internet is a large market with many entrepreneurs struggle for survival battle. A planned marketing and advertising plan for what you need to stay ahead of Internet marketing competition. There is an online business that failed due to poor marketing or advertising strategy is too many. For many online businesses without even being noticed. Because there is nothing to break, but the lack of information and learn about the changing trends and avoid the need to understand the importance of Interne… Continue

Robin Das ,an audio visual poet who write lots of visual poetry before he write his 1st audio visual work in 1993 which was bagged best director award from film critics of kolkatta(BFJA),now independently he do his Digital films. . Films was selected to screened In Prestigious Film festivals like cannes marched u film, Clermont ferrand,kolkata intl’ film fest,fedration of filmsocities of kerala, IDPA awards,digital fest by govt. of kerala,festival of the nations, Free Sprit Film festival organiz… Continue

How to Get Free Email Mail Marketing that Converts Like Crazy

First… Set Up a Free Account With a Company that is White Listed… There are many email marketing companies that offer free campaigns, but two stand alone as the best. 1) iContact – Included in their free package is a 31 page white paper that will make even the most novice marketer an email pro. They have a fully integrated survey sytem along with email scheduling capabilities. iContact also has the best selection… Continue

Which Social Media Channels Should You Be Using For Personal Branding

A few weeks ago I posted a matrix designed to help companies decide what social media channels they should be using. I originally intended to outline which channels are best to achieve certain personal branding goals, but as I talked with people who are leaders in personal branding; I started to get a lot of data, and decided to split the posts in two.This post is dedicate

Ads I created for REMAX …

Appreciate feedback & any constructive criticism that you may have: … Continue

Over the past few years, we have witnessed the emergence of a new trend that is ultimately driven out of the need for more consolidated access to data records, integration between disparate systems and the goal to provide users of systems with single access points that can share profile data across different service types. As we as users move to aggregate our feeds and integrate our desktop experiences, the emergence of new services vying for attention simply means we have an inverse trend of f… Continue

R.S.U IS BRINGING IT TO NEW LEVELS,NEW DECKS,NEW STREAMS,AND BETTER WAYS TO GET YOUR SKILLS OUT THERE SO COME LETS SHARE A PATH..

In this video podcast Richard Phillips visits Bank Farm in Kent and interviews Doug Wanstall. We sample Asparagus in the field, witness approximately 12,000 free range chickens strutting their stuff in fields and we sample wild garlic in a picturesque glade… Using these ingredients Richard prepares a decadent, rich and calorific Hollandaise sauce to accompany breadcrumb-coated deep fried egg, decorated with the flowers of the wild garlic. If you thought the Hollandaise sauce was decadent, ri… Continue 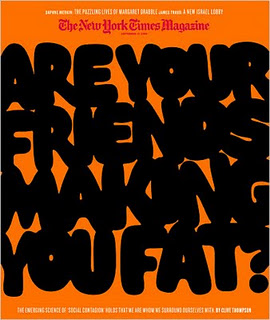 A year ago, Clive Thompson wrote

In-house linking, or generate links that point to a number of of your own web pages, is usually skillful on sites for three reasons: 1. Internal links can fast insert background. Instead of writing a synopsis of a few theme that you roofed in point the other day, you may just make an hyperlink to that old legend and readers can go after the link in container they are inquisitive to learn more about that theme. 2. Internal linking with high-quality anchor text can have an effect on your site rank… Continue

Last night I presented Tweet Your Way to a New Job to the Greater Seattle Jewish Business Network (GSJBN). I talked about my experience using Twitter to help in my job search. We had some great discussions around job searches and how to use social media to further your efforts. I think several people found it helpful. The presentation is posted here.