The Twitterverse has always been a spirited bunch, participating in holidays and contests. Halloween is no difference as you can see from the avatars below. … Continue

Do you want to be a woman at the top of advertising? If the answer is yes, you have to read this book: … Continue

Clifton Lambreth – author of Ford and the American Dream meets T. Boone Pickens and presents him with a copy and thanks him for what he is doing for America! Everyone should go to Pickensplan.com and join the army of Americans request an energy strategy for America! Checkout T. Boone Pickens Town Hall Meeting on RFD TV. Continue 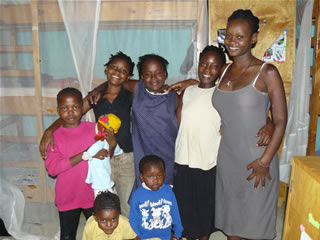 Gradon Tripp, one of… Continue

I am not very experienced in writing ads as I don’t work in the industry but I have come across a fantastic tool written by one of the top copy writers, Brett McFall. I find it an invaluable help when I am trying to put together just the right words. Check it out here http://pippa21.burpies.hop.clickbank.net/ Continue

GST-7 Steps to Success in the Big 3 to Set YOU Free!

Follow the 7 Steps to Success at Bottom of page! Ultra-International(prelaunches Nov 1)– a 2×12 Forced matrix–Read more about it at and register at http://list-twister.com/link/2680 A real business with really great products that we will be able to use in our homes and for ourselves. Order products now and get a great place in the matrix! I’M SERIOUS ,This will be Huge! ListQuik–a 2×20 Forced matrix for pro members and the ability to earn even as a FREE member. Will be great advertiser for ou… Continue

Some months ago, I was in a grocery store in Edinburgh and one female friend said to me: “Look to that packaging”. They were some chocolate bars that she usually bought and the text said ‘It’s not for girls’. … Continue

We have launched the beta version and the first update on http://www.surveypirate.com and we’re trying to find the best viral tools to spread the word. I’ve made a trial survey for everyone to try – that way they can see how it works before signing up http://tinyurl.com/6xxpn7 Any other suggestions on how to spread the word? Being free of charge we have no revenue at this point and therefor really need “free” marketing. Any questions or suggestions after testing the tool? Please send me a mes… Continue

Please invite me to work on something interesting with you. Also, have a few companies I would like to pitch but I need a fairly well established ad agency in on the pitch. I think my specialty in the research field will stay steady but would like to move forward in other ways. Continue

Your saliva is also important!

To carry on with the ‘revolutionary’ topics that I started yesterday, I let you one campaign that I have seen in the last days and I like it. That is the campaign of Saatchi & Saatchi Southeast Asia Regional from Bangkok, Thailand, to Amnesty International. Two female art directors, Brandy Vu and Linda Pham, have participated in it. … Continue

Overview India – a traditionally under-advertised market has received a fillip from a recently released PWC report. According to the PWC E&M Report-2008, a CAGR of 18% is supposed to provide impetus for the industry to grow form Rs 196.4 b in 2007 to Rs 453 b in 2012. According to global studies by JupiterResearch the CAGR of local advertising in this period will be 13%. There is no available India-specific study in this accord; however, given its geographical dispersion and cultural divers… Continue

Twitter Terrorists: Do you know who is following you?

Have you heard? The Army intelligence report, thinks that Twitter could be used as an effective tool for coordinating militant attacks. We’ve all marveled at the speed of distributing news on Twitter. Many people have found Twitter to be the fastest way to break news. There have been well-documented reports of Twitter being used for keeping the public informed during catastrophes whether it’s earthquakes, California wildfires, or hurricanes. Twitter succeeds in disseminating news because it’s:… Continue

A sexist or revolutionary ass?

This is the advert to relaunch, surprisingly, ‘L’Unità’, the historic Italian newspaper founded in 1924 by the Marxist philosopher and theoretical Antonio Gramsci. This newspaper was the official organ of the Italian Comunist Party (PCI). (…) Read more:… Continue

Is Your Ad Agency Ready For Social Media?

We’re all trying to hang onto clients. Will social media be a determining factor? If your company is making tons of money right now and the last thing you need to worry about is increasing revenues or your job stability, then good for you. You can pass this blog post and move on to Travelocity and book your European vacation. Please send the rest of us a postcard. Everybody else, listen up. When it comes to social media, ad agencies just don’t get it. That’s w… Continue

On Twitter, we seem to have this crazy preoccupation with keeping score. Maybe you remember Twitterholic, which tracks the top 100 Twitterers ranked by numbers of followers. By the way, with 105,689 Barack Obama is number one. and John McCain (3977 followers) is not on the list at all. Recently, two new entrants joined the ranking systems,… Continue

Imagine this: The economy takes a dive, a leader nicknamed Bubba might be replaced by a guy with previous head surgeries, dogs and pigs are wearing lipstick and Tampa Bay is in the World Series. It’s a strange scenario to consider but you never know it could come true. Either way, it paints a picture that the world could be a strange place to live in. What is definitely true today loud and clear is that we are living in a challenging time – especially if you’re trying to make a buck. Consumers… Continue

I was honored to be one of only eight photographers this year to be chosen by CA for their two page Fresh feature, focusing on fresh talent…. Have a look! http://www.commarts.com/fresh/john-fulton.html Continue

How To Setup A Profitable Blog Or Mini Site Part 1

This will be the first article of a 3 part series on the big question what makes a successful (as defined by profitability) blog or mini site. I believe there are 4 components and the series will contain 1 article on each of them. Let’s get started. The first key to the success of a blog or mini site is that it has to target a group of people (a niche) who are hungry for information of a specific nature. In other words, I’m talking about the selection of your niche. The group of people that y… Continue