“The Most Loving Place In Town”

A moving story, told in Ken Blanchard’s appealing parable style, of how a local church can be either a blessing or a curse to their community. “The Most Loving Place in Town” is the story of two men, a disillusioned church elder and a gifted young pastor, who rec… Continue

The world in a coffeehouse…

“The world really is our coffeehouse.” Here’s where we meet, talk, discuss our businesses, share one another’s lives. It’s where, when you walk in the door, you will hear me call out “Happy New Year.” Earlier this week, a colleague responded to another version of this post. He email… Continue

Prepare Your Advertising for the Great Recession of ‘09

In this down economy advertisers are going to have change their messaging. And the more quickly they do, the better off their numbers will become.Here are a few common sense guidelines for marketing in a recession:1. Stress the VALUE PROPOSITION of your products or services, rather than features and benefits. Think about how your brand will make a significant difference to your audience in terms they will value and under… Continue

Happy New Year and the best wishes to all for a fabulous healthy 2009. Continue

Now is the time to push forward in the Luxury business to prepare for the economic recovery.

Now is the time to push forward in business to prepare for the economic recovery. This is the time to focus on how to grow your business. The smart brands are investing in products R & D that will distinguish them from the competition and by finding new ways to reach their target market. This is when consultants are their busiest. If you are a new luxury brand, this is a great time to launch as much of the clutter has been removed. Less advertising means your brand has a chance to be seen. I… Continue

WANT TO REACH HISPANIC CONSUMERS? BE RESPECTFUL. RELEVANT. AND DIFFERENTIATE YOURSELF FROM THE COMPETITION.

INTERESTING STORY FROM ADWEEK. Reaching Hispanic consumers requires a strong integrated strategy that incorporates relevant messaging, respect and differentiation into every aspect of a brand or company. That’s the chief approach that Target employs to attract a loyal following of Latino consumers who consistently give the stores high marks for providing a convenient shopping experience, per the retailer. Target owes much of its success to early acknowledgement of Latinos as an emerging major… Continue

For those that KNOW who you are….

Earlier I wrote about the great support that I have received from my Twitter community since I was laid off last week. Now I like to share an update. The past few days have been a blur as I have been chasing job leads and talking to a lot of people. Hopefully, I am moving closer to my goal of a new job that uses my online marketing and social media skills to make a strong contribution to a growth oriented, innovative company. I’ve had a lot of

This goes out to anyone who wants a FREE system to help promote your Search4Profits program, or any program, service or product for that matter. i’ll keep this as simple and short as possible. it will take you a little bit of effort to get this set up, but it will be worth the effort. sooooo, if you’re not up to doing a bit of work, roll up your sleeves and let’s proceed! in a nutshell, just do the following and you’ll be able to promote s4p with a set of ‘rebranded’ ebooks that you can just g… Continue

“The Boresha business model has been built on a proven model, which has helped over 50 million people build their own home-based businesses, and has generated more than $110 billion worldwide. The Bores… Continue

The Holidays fill us up with cheer and remind us to thank our clients, family members, friends, and all the general do-gooders and well-wishers in this lovely world of ours. Here’s a small token of our boundless appreciation for all you’ve done for us. Thank you! We hope that… Continue

Santa Claus, Gingerbread Men, and the Commercialization of the Holidays 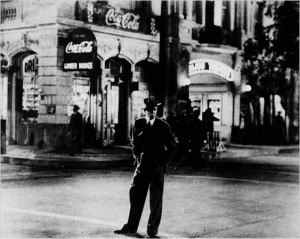 Working in the advertising business, I get plenty of jeers from my friends and family around the holidays for my role in the commercialization of the holidays. I must admit, that even I at times wish the holidays weren’t so crass and commercial. That was until I watched the ho… Continue

Take pleasure in in the pure flavor of Boresha Private Estates Coffee. Boresha’s Private Estate’s in Africa offers some of the finest tasting coffee in the world. Using only fresh ripe, and shade grown organic coffee beans, Boresha delivers pure flavor and the kind of coffee one would expect from a gourmet coffee company, but with a touch of exotic flair. Boresha Coffee is grown in remote locations in Africa. The coffees are cultivated in the rich soi… Continue

Thank You for Your Support

As some of you may know, yesterday was a tough day for me as I became a statistic, a victim to one of the many advertising agency layoffs. But in today’s social media world, our community on Twitter really helped me with their support and kindness.

2008 was the year of the conversation and viral video ads – from the “faux” viral of Levi’s “Guys Backflip into Jeans” to the celebrity of” Kobe Jumps Over Car” to brand Obama’s “Yes We Can – got people watching and talking in big numbers. Drum roll please, the Top 10 Viral Video Ads of 2008. Continue

It started with a vision. NOW, 6 years and $8,000,000 later… It’s Here! Welcome To ” Get The Bar ” Now ANYONE with an internet connection can earn a substantial income from home with no investment and no selling…ever. Get The Bar The concept is simple… Register, Download ” The Bar “. Log-in, Click On The “Ads” Icon displayed on the left hand side of The Bar and start earning immediately. Then Share with everyone you know. Get paid on ev… Continue