Remember that post awhile ago about the “NEW” Pepsi logo…well? 2 Replies

The woes of the Big Three continue… 6 Replies

…from the right side of wrong.

I’m currently enrolled in SCAD…(Savannah College of Art and Design)…for what?…I have NO DAMN IDEA. Jun 17

TJ has not received any gifts yet

Give TJ a Gift

About Me
ask me if you have the cojones…

Position Responsibilities
I really want to be a garbageman…you know?…the guy hanging off the back of a HUGE, smelly truck as it flies through the city streets early in the morning? Just sounds fun as all hell.

Industry
trying to help the world see things through my eyes and my opinions…Uphill struggle to say the least!

Company Description
That feeling you have two minutes before YOUR name is called at the Dentist’s office…that’s how I want MY waiting room to feel. Thick and Heavy with anticipation, fear, intrigue and subtle pleasure from the weird ones.

Work History
Quality Control for Mars Company (M&M’s inspector) I basically removed all the “W’s” from the production line. My most enjoyable job was being a two-bag caddy for a club called Shore Acres in Lake Forrest, Ill when I was 16…met a great number of great people there. I was given a $40 tip by the PGA’s Peter Jacobsen for “accidentally” opening my coke in his opponents back swing during a big hole…laughed our asses off over that one watching the other caddy look in the weeds for the shanked ball.

What Services Can You Offer Adgabber Members?
I see the world through the eyes of the likes of Bob Flanagan. Google him…(adult warning…especially the Nine Inch Nails Video)

What Services Are You Looking For From AdGabber Members?
Let me take your pictures for you. I can add ten years of youth and 20 lbs less to your portraits.

How School is currently going for me…

The WORLD is in DIRE need of your services.

Probably not far from the truth…

You need to be a member of AdGabber to add comments!

At 9:13am on February 12, 2010, Abdol Rahim Mirza said…
Welcome back TJ. We all having our tough businesses but still remember our friends. Particularly those online. Please shine/chime up every now and then on the yard. Wish you all the best. 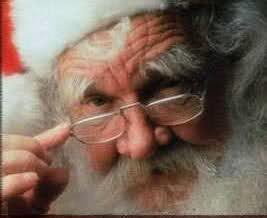